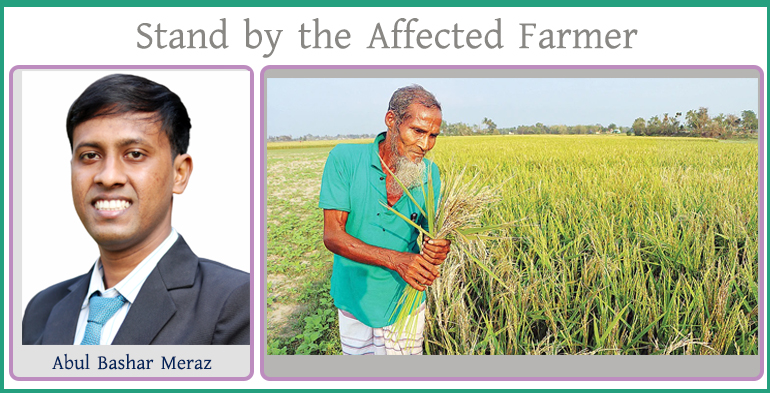 Abul Bashar Meraz:The farmers were confused by the dream of harvesting paddy in bulk. And after a while, may be this dream of theirs would come true. In the hot air of Chaitra, Chita has caught the paddy of the farmers, their dream has turned into a nightmare. Agricultural experts say that if the temperature rises above 35 degrees Celsius, the rice flowers may dry out. In the last week of March, the highest temperature in the country rose to 39 degrees Celsius. Boro paddy was being damaged due to continuous heat flow during flowering. Very recent, April 4 Due to hot winds blowing over the country, rice husks and leaves of many lands have dried up. Many Boro farmers will have zero paddy this time.

According to the Department of Agricultural Extension, boro paddy has affected about 48,000 hectares of land in the areas affected by the heat shock. It is initially feared that 10 to 12 thousand hectares of paddy land may be completely destroyed. According to agricultural experts, this is the worst crop damage since 2007 due to heat shock. In Netrokona's Haor area alone, it has been reported that boro crops worth Tk 117 crore have been damaged. Crops in different parts of the country including Mymensingh, Sherpur, Kishoreganj, Rajshahi and Barguna have been damaged. Thousands of farmers have lost their lives due to crop failure.

Initiatives have to be taken to compensate the farmers. Assess the amount of damage and make a list of the actual victims and provide assistance accordingly. In case of low interest loans or financial incentives, it is necessary to make arrangements so that it reaches the affected farmers directly.

We have to prepare now by deciding what to do to deal with such a situation in the future. Experts recommend using special sprays to retain water in the soil and protect the leaves to protect the flowers from heat shock. Farmers need to be made aware of this and they have to cooperate in every possible way. For this it is important to ensure proper irrigation management.