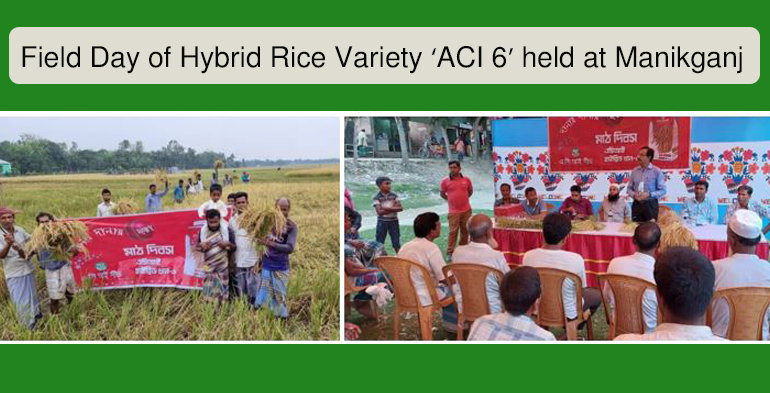 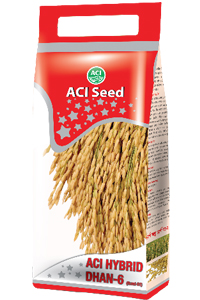 ACI Hybrid Dhan 6 is one of the popular hybrid rice varieties in the country and it is known as a brand of Chakka. ACI 6 is a promising slender variety of hybrid rice of ACI Seed and the Business is giving distinct attention on the variety considering the market potentiality. The farmers have got satisfactory results by cultivating ACI 6 in this season in different places of the country. The cultivation period of the variety is November to January and the seed rate is 6 kg per acre. The harvesting period of the variety is 145-150 days. The average yield per decimal is more than one mond.